I was playing DOTA2 for a while in my friend’s room, Mampang, Jakarta, Indonesia. Remember my post about Bolt Super 4G earlier? Well, I lost 2 games because the connection was very lagged, suddenly. 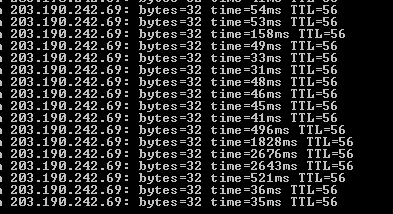 Such a long time no press! Yeah, I was busy preparing for my job, doing tasks, etc. So my current position now is in Jakarta, the capital city of Indonesia. I am using public transport as my main transportation.

So I was in metromini one night. A red and dirty bus. Quite big, but still it always be crowded. People were not paying attention to each other. Just mind their own business. But not for me. I looked on every corner trying to find things that interest me.

There was a young and attractive lady that was not so confident of herself. She kept checking her phone and doing not quite an activity. What was she actually do was looking for an escape route from anyone so that she wont have to talk with anyone. That is the indicator which people prefer to stop interaction and waste their time than start a very nice conversation.

There was also a kind man, but he looks not so kind. Well, it was only his look. He helped the driver to collect fees. At first, an old woman thought that he is a pickpocket. Well, his look is really bad! The fact is we people sometimes judge other person from their look.

There was also a singer with his guitar singing a Christian song in the bus. I tried to talk to him and later on I know that he is a moslem. Well, what a surprise I must say! He sing it well! Then he said something that I think means so much and really needed in my country, “We people may hold our religion, but it must not force anyone to follow our religion.” Wowing indeed!

In the end, if we look on others, it will just like we’re looking at a big mirror showing our self with a big question. Who are you in the community? How do you interact?